Origin of the Maoláin Crescent 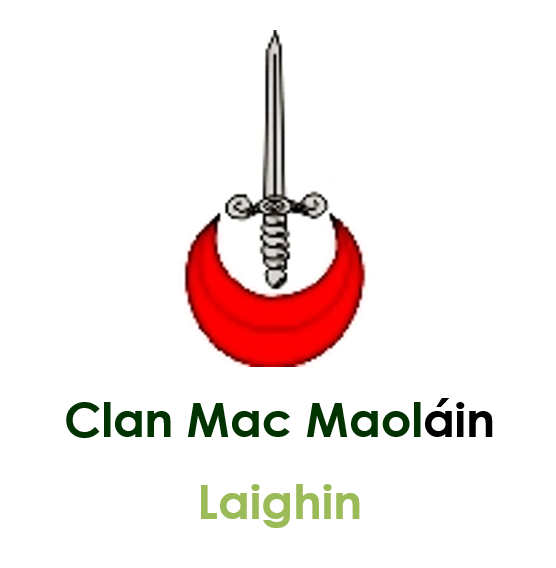 The origins of the crescent  symbol and the sword found in the banner of Clan Maolain/Mac Maolain finds its origins in the mythology of the deity LUGH (read the section "Stone of Lugh").

These mythological  tales take place in the ancient royal sites of Uisneach and Tara (now Westmeath/Meath in the modern province of Leinster=Laighin's territory).

In these narratives created by pagan scribes are found the forenames of the key players:  Lugh,  Nauda and Cian which will later be adopted by sons of the Luigne and Gaileanga

These are the pagan deities associated with the crest of Maolain which incorporates the crescent of Danu (the De Danaan or Tauthe De) symbolic of the crescent moon (a reference to the goddess Danu), and the sword of light found in these tales of Lugh.

Territories associated with this mythology were in the earliest times, the realm of the early high kings (Ard Ri) with Tara (Themair) considered the royal site: 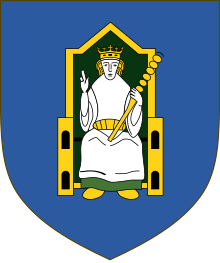 The symbols are found specifically with the Clan Cholmain, and a later high king Malachy II of the southern Ui Neill (Mael Sechlain= McLoughlin) whom the tribes of Luighne and Gaileanga were tributary to, and who appointed Maolain d.1018  the ruler of: 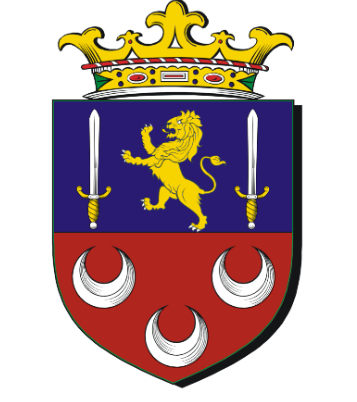 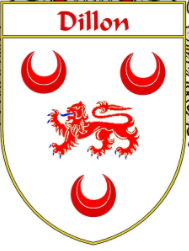 In Louth (Lugh) and Meath (Brega) the Norman overlord Preston (Lord Gormanston) who had received his lands from De Lacy, also incorporated these ancient crescent symbols into his heraldic crest: 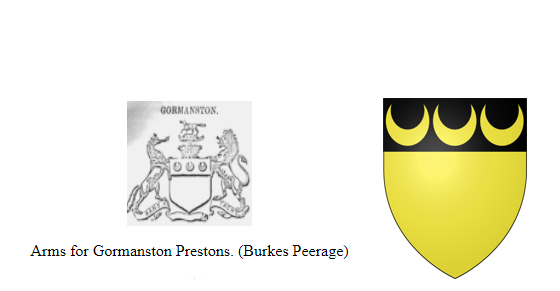 In the ancient territory referred to as Delbna Naudhat, a sept identified as Maellain= Malin/Mellan by O'Dugan, also adopted the crescent symbols for their crest:

Geographically crescent symbols and sword of Lugh, are linked in all ways to the ancient territories now known as Westmeath and Meath, part of the province of Leinster (Lein=Lyne=Laighin territory=Ter)

While crest marketing companies display this crescent symbol as the generalized crest for the surname Mullen/McMullen, those of the surname linked to families found in Galway, Derry, and Tyrone illustrate different crests in their research publications. For the O'Cathain sept Mullan of Ulster, the crest displayed is: 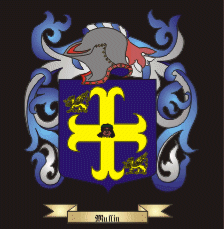 The crescent symbol one originated with those families of the surname who emerged in Leinster, and therefore is the adopted crest of Clan Mac Maolain.